Sing with Sassparella ‘Motown was a big hit!

Posted by mariusfrank on May 10, 2015
Posted in: Uncategorized. Leave a comment

The idea began to form when a number of the audiences at concert said they would love to sing with the choir… as some of these were men (!), we thought, “what better way than to arrange a community singing event open to all?”.

And that is exactly what we did. 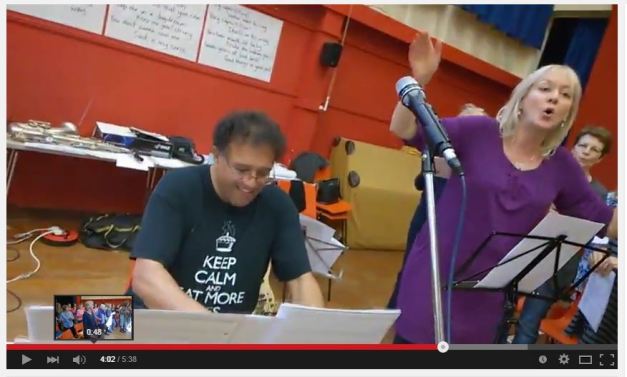 We chose the ‘Motown songbook for starters. We were a bit unsure how it would recruit… but we needn’t have worried! On the day, we had a great mix of singers from a number of local choirs, friends of Sassparella, and some people who just loved the idea of singing some of the ‘Motown hits.

The day was rounded off beautifully by the appearance of a live soul band: the performance of pieces like “Dancing in the Street”, “Tracks of my tears”, “Reach Out- I’ll be There” and “I WIsh” were epic!

We just have to do it again!